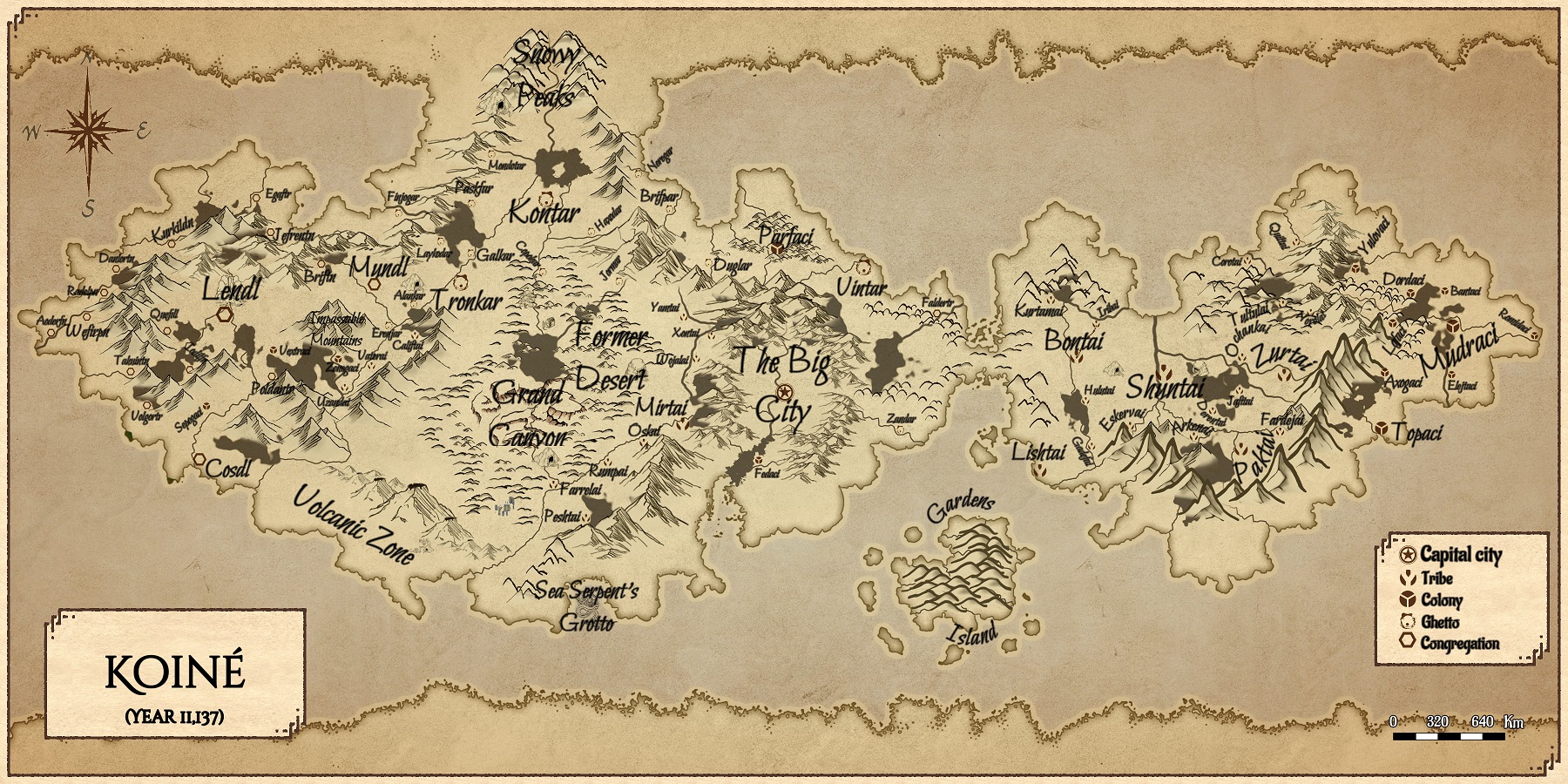 Koiné is a fictional planet inhabited by five different humanoid Races: Koiné has existed for millennia, but it was only 11,137 years ago that the Thinkers Race began to count the passing of time. In Koiné, years last 360 days. Each year is divided into ten months, six weeks each, and six days per week. In Koiné a common language is spoken, established during the Great Unification, a summit event in the history of the planet, which marked the end of the conflicts among the Races. However, the Aware still use the Ancient Aware Tongue to cast their most potent spells, as the sounds in such language resonate beyond the physical plane. Planet Koiné has only one continent which is a massive extension of land covering the central region of the planet, composed of two big masses of land: Eastern and Western joined on one side by the Isthmus and separated in the other side by the Strait. In Western, right in the geographical center of the continent, there is an immense valley where the Big City is located, which is the most populated settlement on the planet, as well as the center of commerce. There lies the Central Government Castle, where the Supreme Regent and its cabinet reside. In the continent of Koiné, five big territories can be found:
Copyright © 2019-2020 Álvaro Cubero Pardo. All rights reserved. The books from Koiné Store (Chronicles of Koiné) are protected by international copyright laws.